Ad Forecaster is provided with a default delivery algorithm that tries to fulfill most use cases.

While creating a campaign there are multiple attributes that can limit the delivered impressions:

Campaigns have a priority and a weight.

The weight value of each campaign is the probability of the campaign being considered for delivery. A campaign with a weight of 75 will have a 25% chance that the impression will not be delivered, even if there are no competing campaigns.

By default, every campaign is delivered with an asap schedule, which means that it will try to deliver as much impressions as possible.

Campaigns with an even schedule will estimate the future impression distribution and deliver impressions in an evenly fashion during the campaign’s lifetime. For example, a campaign that lasts 31 days with a 1 000 000 impression goal will attempt to deliver 1 000 000 / 31 = 32258 impressions per day.

Note that campaigns with an even schedule will still behave as asap for a short period of time, in order to estimate the required impression distribution.

The following image shows an example of a campaign with a 1 000 000 impression goal that needs to be delivered in 31 days with different frontloading percentages. 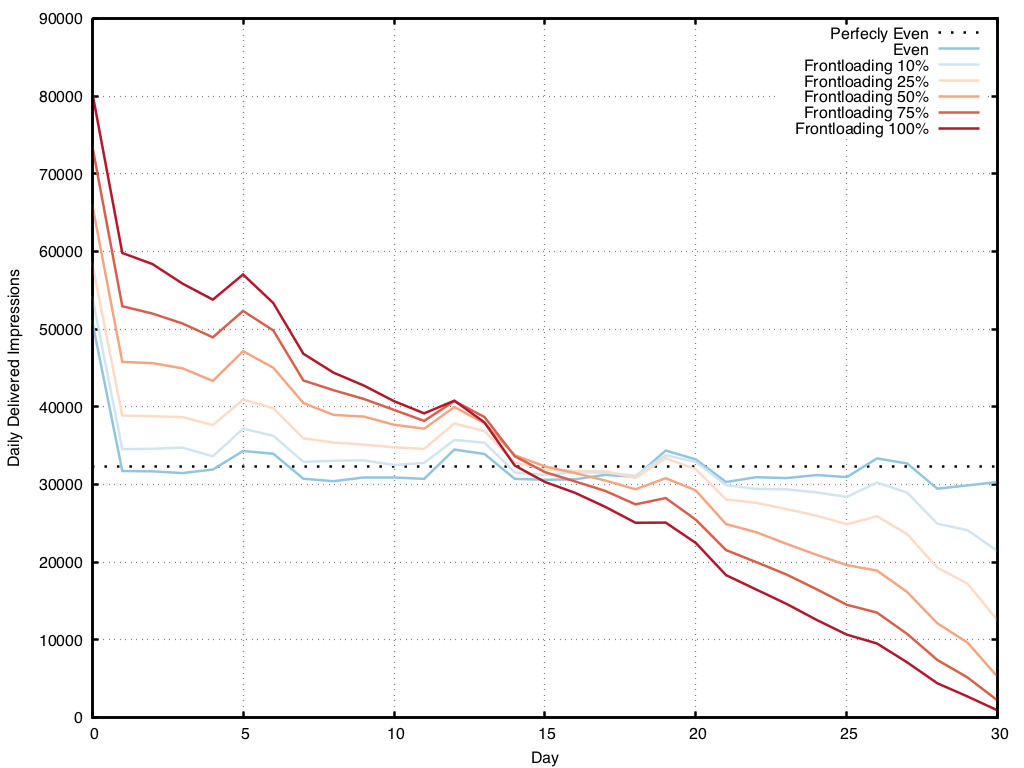 In the picture above it is observable an increased delivery during the first day, which is a result of the delivery strategy algorithm optimizing itself to the available inventory.